But you and I probably know him better as Freddie Mercury.

Freddie-fucking-Mercury: the mystical, flamboyant frontman of British rock band Queen and the sexually ambiguous chameleon with the loud (and enchantingly lovable) personality.

He possessed a character that was truly mystifying. His presence was both dynamic and ostentatious with the charming vulnerabilities of the troubled introvert. His vocal range synthesised this discordance: sometimes tentatively thoughtful, frequently animated and often the embodiment of the glam-rock growl, he was a man of colourful expression traced with shadows delicate thoughtfulness. He was a butterfly.

With fifteen studio albums and six live albums under their sequined belts, Queen have, in British popular culture, left a permeating legacy rivalled only perhaps by The Beatles. Whether it’s the garish We Will Rock You, Bohemian Rhapsody or the retrospectively harrowing The Show Must Go On, Queen have gifted us with a backlog of rock anthems that will remain central in the minds and hearts of millions, both in Britain and overseas.

Embarking on numerous romantic relationships with both men and women alike, Freddie refused to be pigeonholed into any predefined identity the media were urging for him to adopt. Nonetheless – his unapologetic frankness, camp flamboyance and palpable stage presence made him a leading figure of adoration amongst the LGBT community, his timeless quote “I’m as gay as a daffodil, my dear!” a fond reminder of his playful energy.

But offstage, Freddie was fighting a terrifying and difficult battle. For years, he had been secretly living with acquired immunodeficiency syndrome (AIDS) and in his search for privacy, had denied all media speculation that he was suffering from the disease. In 1991, four years after having been diagnosed and in a particularly critical condition, his spokesperson made this public declaration:

Following the enormous conjecture in the press over the last two weeks, I wish to confirm that I have been tested HIV positive and have AIDS. I felt it correct to keep this information private to date to protect the privacy of those around me. However, the time has come now for my friends and fans around the world to know the truth and I hope that everyone will join with me, my doctors, and all those worldwide in the fight against this terrible disease.

Just one day later, Freddie Mercury passed away. He was forty-five years old. 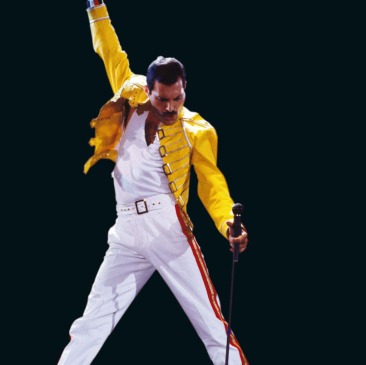 Some criticise his choice to remain silent, remarking that if he had come forward earlier about the nature of his illness he could have been a pioneer in raising awareness for AIDS. But Freddie Mercury has contributed to AIDS awareness. He gave his life, and in turn the demand to focus on the virility of the disease could no longer be ignored. The first major rock star to die of AIDS, Freddie Mercury marked a very important moment in the history of the disease and mainstream attitudes towards it. The negative connotations attached to the illness began to soften, education increased and the notion that it could happen to anybody (even a world famous rock star) began to hit home. As one went to sleep, the world was forced to wake up.

AIDS cut the wings of Freddie Mercury, but his soul remains in flight.

Sophie Elizabeth Moss is a second year undergraduate at the Cardiff school of Journalism, Media and Cultural Studies, a faculty of Cardiff University. When not searching for the perfect leather jacket, she can be found wincing the night away in a quiet corner of the English countryside, penning gritty horror novels of grandeur supernatural splendour and nurturing a dysfunctional relationship with her out-of-tune bass guitar and misanthropic pendulum. Disillusioned with societal expectations of the ‘modern woman’, she is a pro-choice, body positivity advocate and is haunted by the ghost of Simone de Beauvoir. @Sophiedelays